WHY SEEING COLOUR IS IMPORTANT

When someone says ‘I don’t see colour’ to explain that said person is not prejudiced on the base of colour and embraces diversity, they usually have the best intentions. However, they do not see that diversity and inclusion efforts are actually ignored with this statement. The idea of not seeing skin-colour is a noble intent in theory, but to say that you don’t see colour is simply not true. Anyone can recognize one skin colour from the next. Of all the axes of identity on which people categorise others, race is among the quickest and most recognizable categories we process when first meeting/seeing someone.

When people adopt color-blindness, it can make them blind to the injustices and experiences that people of colour may face as a result of the racial group of belonging. Ethnic minorities will internalize that as meaning that they are not seen. Furthermore, it does not change the status quo: racial hierarchy is so internalized in the society that saying you do not see the difference between how one person gets treated from the other, you are a participant in keeping this system intact. Because why and how could you possibly tackle a problem that you don’t believe you can see? The goal is not to be colour blind, but to see and recognize skin colour and regulate your impulse to make decisions based on such characteristics. 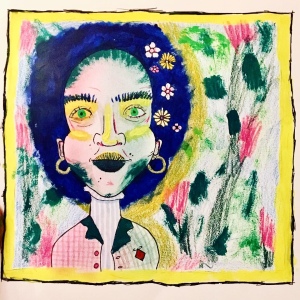 I was made aware of this problem while reading the book ‘why I’m no longer talking to white people about race’, which is a book I would definitely recommend reading for anyone who is interested in the subject. One of the quotes in the book that got stuck in my mind was ‘My blackness has been politicized against my will, but I don’t want it willfully ignored in an effort to instil some sort of precarious, false harmony.’ This book perfectly explains why colour blindness does not rightfully accept the legitimacy of structural racism. By telling ourselves and others that we are equal is often a well-intented lie that denies the struggle of minorities.

Ideally, we would live in a society where skin colour was not a factor in decision-making. Racism has not been eradicated, but rather has changed form and became more overt and insidious in its ways. Discrimination, prejudice and stereotypes are familiar in racism, but there are more subtle issues of micro-agression and the inherent stress of trying to assimilate to a white, mainstream culture that is often ignorant to these things.

Micro-aggressions are defined as ‘the everyday verbal, nonverbal, and environmental slights, or insults, whether intentional or unintentional, which communicate hostile, offensive, or negative messages to people based solely on their marginalized group membership.’

Although micro-agressions are generally discussed in issues on racism, any marginalized group in society can be a target. These microa-gressions might not seem so insulting on its own, but there is always a hidden message to the marginalized groups.

An example of this is being complimented on your ‘good knowledge of the language’ when in fact you were born and raised in said country (Hidden message: you are not really ‘native’, you are seen as a foreigner in your own country).

Personally, as a person of colour, I deal with these micro-agressions every now and then. These moments wake up the worst aggression in me, even when it is not me the hidden message is directed to. I often hear stories from for example my brother being treated like a criminal on the streets, by the police as well as by people with a feeling of superior social position. The same goes for teachers at school, employees in the supermarkets, name it. Last year my brother travelled to Miami for his work and had a transfer in London. Let me give you a small description of my brothers’ appearance. Child of a Surinamese father and dutch mother, he has been gifted with a beautiful brown colour, brown eyes and afro textured hair. Last year, my brother decided to grow a beard, as is very fashionable these days.

Anyhow, you might not be surprised he was taken aside for a security check. Now any man (with or without beard) can be taken aside, but coloured people are definitely overrepresented. People that do not hear these stories are unaware of the magnitude of this issue. Discussions with some coloured friends of mine made me realize that this kind of treatment at the airport is not at all unique. It was not more than a week ago that my friend (of colour!!) and her boyfriend (also coloured) travelled and had some issues with their luggage. They went to security guards to explain their problem and the man responded with the words that he was going to take them aside anyways. Now here my brain stops for a second: on the grounds of what was this man already intending to stop and search this beautiful couple? Hearing this story infuriated me, and as me and my friend were discussing her experience, I noticed it provoked her as well.

Discrimination based on colour might not be as evident as it used to be. Nowadays, it is quite the opposite. Structural racism is so internalized in the society, that people do not even notice they are being racist. It would not surprise me at all if the man at the airport did not realize he had said/thought something completely unjustified. In this imaginary ideal world I previously talked about, this man would’ve not made the decision to take them aside, because their skin colour would not be a factor in his decision-making.  In the real world, this man would probably never admit he took them apart due to their skin colour. He might even be one of those people that says that they ‘don’t see colour’. Because somehow it has become bad to see colour.

Recognizing that you see colour proves to me that we live in the same realms of reality, because I am constantly reminded of my skin colour. Saying that you don’t see colour stops us from having discussions that really matter: that both of us matter. What I really want you to say is, ”I see your colour. And it is beautiful.”